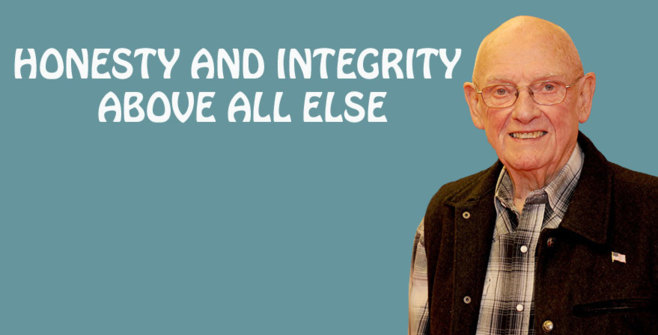 In 1988, I was wearing two hats; I was the range master for the Clayton County Police Department and the chief firearms instructor for the Clayton Regional Police Academy. The Regional Academy was training mandate officers from eight surrounding counties. I realized at that time there was no advanced training for firearms instructors in our region and that P.O.S.T. nor the Georgia Public Safety Training Center furnished any additional training in the firearms area. So I decided, based on a lot of “lesson learned areas,” i.e., the Newhall Incident, that additional training was needed. So I created the “round table,” that required certified firearms instructors in our region to attend, at least every other year, our “training the trainers” program at the Academy. We discussed lessons learned and relied a lot on information obtained from the F.B.I. Officers Killed Summaries Annual Report. The program was a big success and continued thru 1989.

During that time, I was a member of the International Firearms Instructors Association. I along with Scott Doner, Chief of Police, Clayton State College and Mr. Larry Anderson, Inspector General’s Office, discussed trying to create a state association similar to IALEFI. So in November of 1989, I sent out 711 letters to every Sheriff and Chief of Police in Georgia. I received two responses. So in January 1990, I contacted all the local agencies and spoke with their firearms instructors. I advised that we were holding a meeting at Clayton State College on 21 February 1990, to discuss the possibilities of creating a state association.

On 21 and 22 February, we held the organizational meeting of the Georgia Association of Law Enforcement Firearms Instructors, Inc. Eighty certified firearms instructors from 46 different agencies attended. It was decided that those who joined the association and paid their $25.00 membership fee by 1 April 1990, would be Charter Members. By, 1 April 1990, we had 66 instructors who had joined. I was elected President, Gerald Miles, FBI, was Vice-President, Scott Doner, became the secretary, and Dale Moorefield, Forest Park Police Department, the Treasurer. It was decided that any individual, partnership, or corporation who wished to provide financial support to the organization and pay fees for sponsorship by 31 December 1990, would become Charter Sponsors. Glock, Inc was the first to join followed by Atlanta Arms and Ammunition, Gulf States Distributors, and Master Cartridge Corporation, since that time we generally have around 30-35 sponsors each year.

Chief Doner, worked on getting the association defined in Section 501(c)(3) of the Internal Revenue Code of 1954 and recognized by the Georgia Secretary of State Office. While he was doing that, Captain Moorefield and I came up with a draft of our By-Laws, our logo, etc. which were later approved by the membership.

Our mission statement is that we are a non-profit organization with aims and purposes of providing educational services, encouraging the development of relevant training programs and criteria for Instructor Certification, and conducting an annual Georgia Firearms Instructor Training Conference. The first conference was held at the Norfolk Southern Firearms Training Facility, McDonough, Georgia. Since that time we have had conferences at Forsyth (GPSTC), (Holiday Inn), (Ramada Inn) and Carrollton, Georgia.

In March 1993, I was President and since I was retiring from the P.D., I decided to step down as President, but was immediately hired as the Executive Director. Jerry Miles took over and remained President until August 1994. He was followed by Phillip Pickett, John Clendenen and Leo Hathaway. This year, on our twenty-fifth anniversary, Edward Stephens was elected President.

This is just a short version of the last 25 years. But I felt I needed to put something on paper… for remember; if it’s not written down, it never happened.

I want to take a moment to thank each and every one of you, including our sponsors, for making our state association second to none. Georgia officers do not have to take second place to anything. Thru your efforts of insuring your officers are well trained in the usage of firearms, will and have made a difference in each of their lives. So keep up the good work.

This is not a goodbye letter, but I’ll see you later. For a change, I can now once again be a student.

REMEMBER ALWAYS; HONESTY AND INTEGRITY ABOVE ALL ELSE.

I LOVE YOU GUYS AND GALS AND MAY GOD PROTECT YOU.

Submit your APPLICATION online or contact us for more information at:

For more information about membership or becoming a sponsor, please call our Executive Director, Leo Hathaway at:

Members are encouraged to click on the NEWSBLAST page for up to date information.